Discover the all-new 2019 Malibu 23 LSV , the best-selling towboat of all time, come to see us now at Aqua Sport Marine in Sainte-Agathe-des-Monts, the largest retailer of new Malibu Boats and used boats in Quebec! Whether you are a fan of water skiing, wakesurfing or any other water sport, the 2019 23 LSV is the model that will fulfill all your expectations in terms of luxury and commodities; come take a closer look at it today! We are located in the Laurentians, between Mont-Tremblant and St-Jerome, not far from Laval and the North Shore of Montreal. 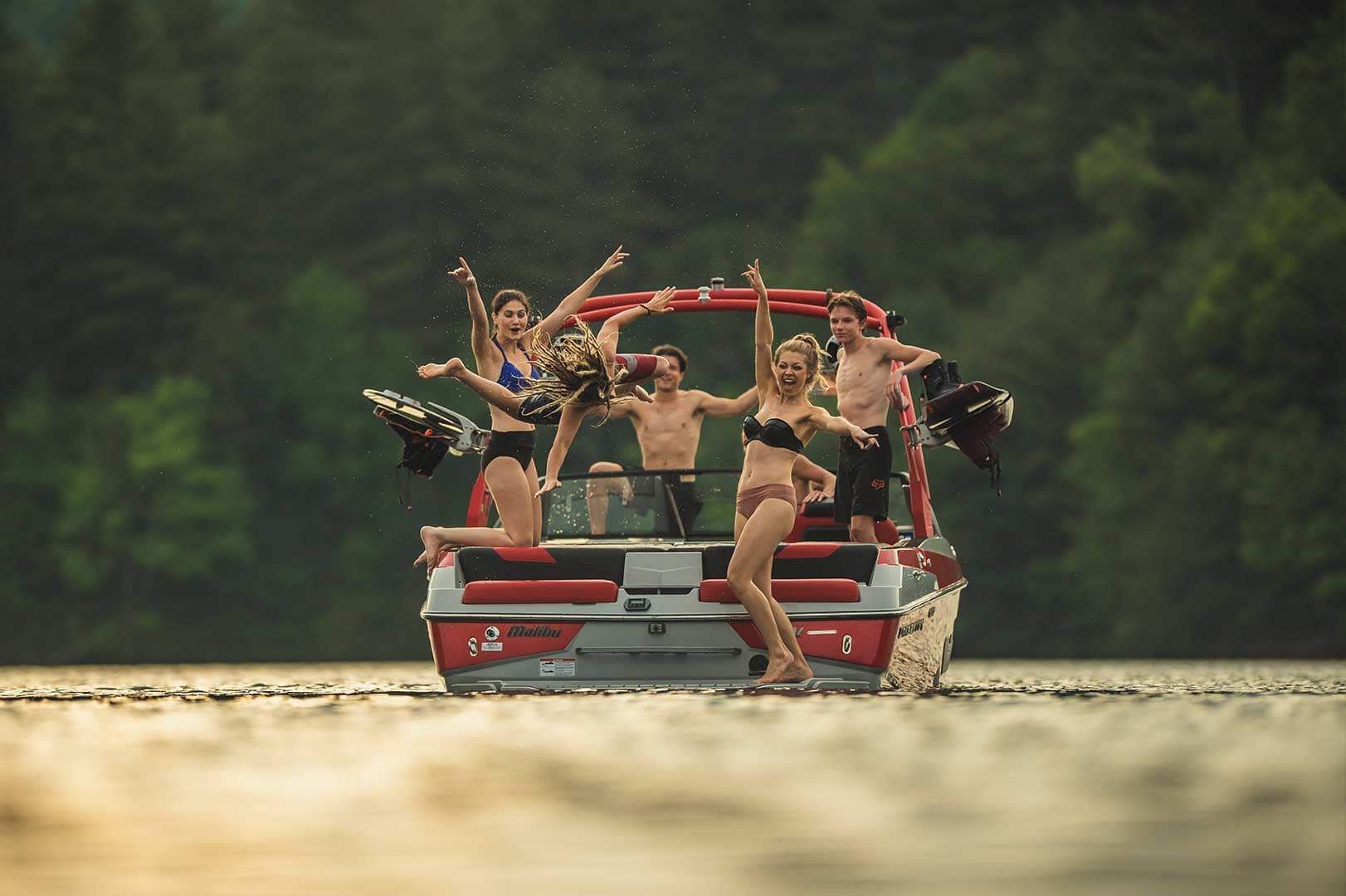 At a length of 23 feet and able to seat a maximum of 15 people, the wakeboard boat from Malibu offers you a choice of 2 hull designs: the Diamond Multisport and the Wake Plus, the latter allowing to generate the largest waves of its category, supplanting the rival model from Mastercraft Boats. The ballasts configuration also allows to generate larger waves than the XT23. 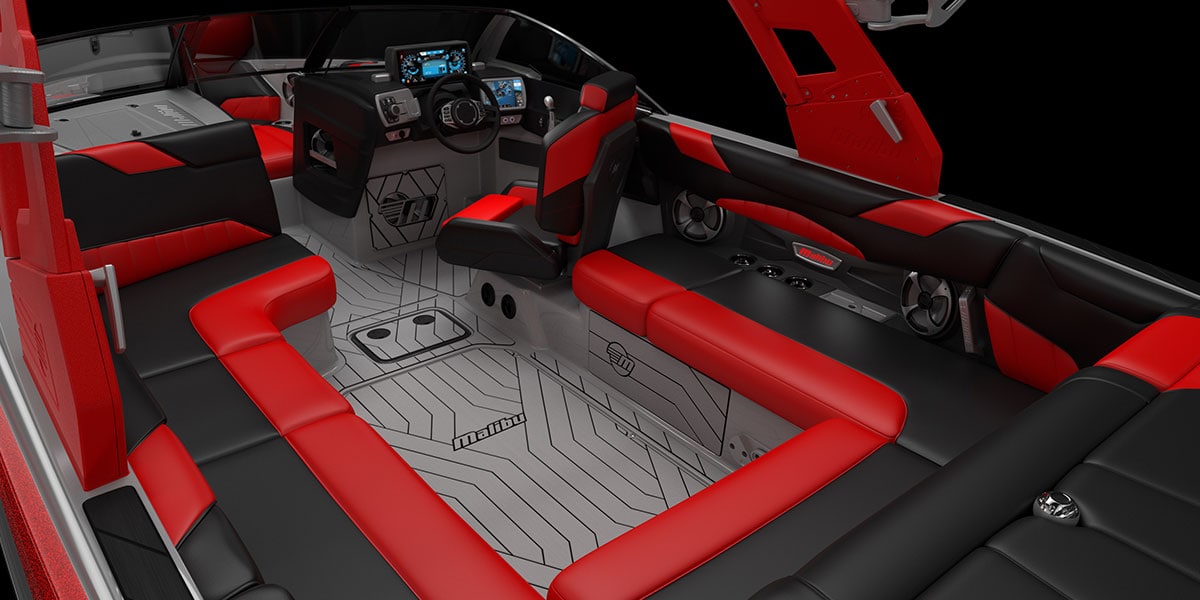 Compared to the Nautique GS24 from Nautique Boats, the 23 LSV includes Malibu-exclusive features. Among these, let's mention the Power Wedge III and Surf Gate, which are designed to personalize the wake and wave (size, shape, etc.), as well as the Integrated Surf Platform (ISP) and a wakeview backup camera, just to name these few.

While boats from Supra Boats, including the Supra SL, have a good reputation in the industry, it's still not enough to win the title of Wakesurfing boat of the year, awarded to the Malibu 23 LSV by WakeWorld Riders Choice! The new helm seat, the MaliView touchscreen that can control ballasts, the Power Wedge III as well as the Surf Gate may have contributed to this!

The G3.5 tower that only requires one person to be raised and lowered, the helm seat that allows you to turn without rotating and gorilla fins of 120 square inches under the boat are only a few of the differences between the Malibu 23 LSV for sale in Sainte-Agathe-des-Monts and the Ri237 from Centurion Boats, which has less to offer than the Malibu model.

As you can see, the 2019 Malibu 23 LSV is a truly exceptional boat! To find out more about it and the advantages it offers over the competition, come see us today at Aqua Sport Marine , your Malibu Boats retailer of choice in Quebec! We are located in the Laurentians, close to St-Jerome, Mont-Tremblant, Laval and the North Shore of Montreal.